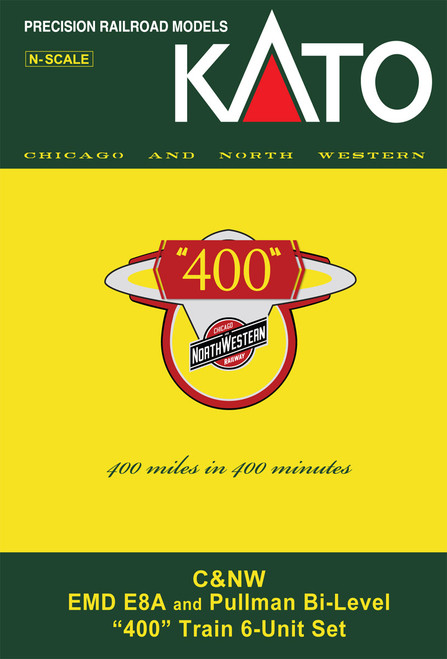 The Chicago & North Western 400 Series Trains were named for the concept of a “400 mile trip in 400 minutes,” with one of the most well-known examples being the Twin Cities 400 between Chicago and Minneapolis/St. Paul.

Pullman Bi-Level Passenger Cars started their operation on the Flambeau 400 and the Peninsula 400 trains in 1958. At the time, these two 400 trains were the only ones using these then-new Bi-Level cars. In addition to the Bi-level coaches, these two 400 trains also included a special Bi-Level Parlor Car and a Coach-Buffet Car to distinguish the service level from regular Chicago & North Western commuter trains and meet the rider’s needs on the longer distance trips.